The 8th of March 2015 marks one year since the disappearance of flight MH370.  The families of those on board are still without any answers as to the fate or whereabouts of their loved ones. 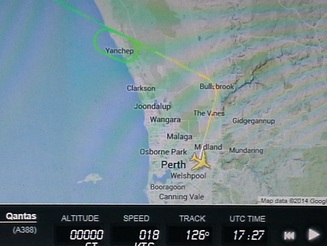 ﻿﻿The skies over Perth experienced two separate aviation emergencies within hours of each other.  Passengers en-route from Dubai to Sydney made an unexpected stopover in Perth when their aircraft, QF2 - an Airbus 380, developed problems with the air conditioning system forcing its emergency landing at Perth Airport in the early hours of the morning.  Hours later QF904 en-route from Perth to Karratha returned to Perth Airport under full scale emergency conditions when an unidentified odour permeated the aircraft.  Both aircraft landed safely and no one was injured in either incident.
﻿﻿
Image - Emergency Flight Path QF2 09/12/14 (Flightradar24)
National Day of Mourning to honour those lost on-board MH 17

Australian flags will fly at half mast across the country today to mark a National day of mourning for the victims of the MH17 tragedy.

The downing of the Malaysia Airlines flight claimed the lives of 38 Australian citizens and residents, who were among the 298 passengers and crew on board.

A special multi faith service is being held at St Patricks Cathedral in Melbourne, with other memorials taking place at various locations throughout the country, including a candlelit vigil to be held at St George's Anglican Cathedral, in Perth, from 5pm (WST). 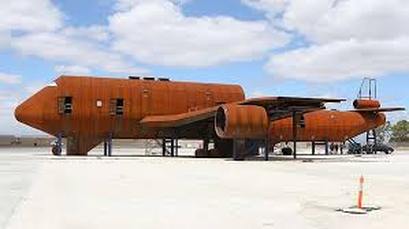 Things are heating up at Melbourne Airport.

This is a full-sized mock-up aircraft fuselage that is laid with gas lines and set alight for use in aviation rescue and fire fighting (ARFF) training by Airservices Australia at Melbourne Airport.
The structure is basically an assortment of replicated sections of aircraft, including the Airbus A380, Boeing 767 and DC10 which is used to train crews in fighting fires on different types of aircraft and to allow multiple training scenarios to happen at the same time.  The structure is the centrepiece of a state-of-the-art training facility dubbed, "The Learning Academy Hot Fire Training Ground". 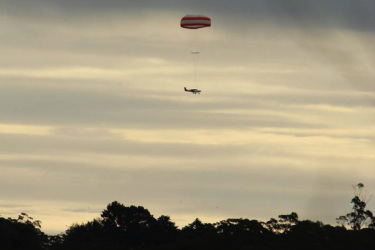 Lucky he remembered to pack the chute!

A very fortunate outcome for all on board when this Cirrus SR22 avoided disaster in the Blue Mountains, May 2014.  The quick thinking pilot activated the Cirrus Airframe Parachute System (CAPS) which deployed a parachute allowing the aircraft to float safely to the ground.  According to Cirrus, to-date, 85 lives have been saved when pilots or passengers have activated the system. 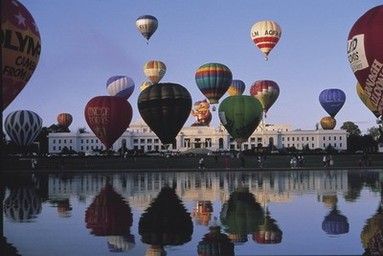 Where better for ballooning enthusiasts to find hot air than a Parliament House?